I recently became a contributor to my university paper’s culture page. This has involved contributing my photos as art, and a music review in the printed edition. However, I also recently reviewed a student play for their website. Check it out:

Every year, Christmas adverts bring me to tears. They are aimed to pull at your heart strings and perhaps your purse. They try to remind you of the magic of Christmas.
This year, one stands head and shoulders above the rest. Sainsbury’s Christmas advert is not only elegant and tastefully done, but full of a depth and meaning that advertising usually lacks.
In case you haven’t seen it, it recalls Christmas 1914. The war seemed to be dragging on a little longer than those in charge had promised, and the grim reality of the war of all wars, the Great War, settles in. However, on Christmas Day, the soldiers on a stretch of the front called a cease fire. They played football and swapped stories, showing each other pictures of home. German hugged English and it was good. Then, they went back to killing each other. The pessimist may exclaim that this simply shows how contrary humans can be, but truly it shows something completely different. It reminds us that in these wars, the actual fighting is simply between men, normal men with the same families and lives. They have no cause to hate each other and yet they do what they are told. But for one perfect moment, 100 years ago, humanity regained its conscience and recognised itself in another.
Sainsbury’s have captured this moment perfectly, from the elegant rendition of Silent Nicht, to the exchanged chocolate, it is an advert of taste and consideration. I appreciate their allegiance with the British Legion in a year when so many have turned their backs on the poppy campaign.
Those who criticise Sainsburys’ use of the war for an advertising campaign ought to think again. I’d much rather see this on my TV than yet another car advert.
So to those soldiers with hearts and good intentions, I raise a glass. To those who died to protect their country, and those that died to save the man fighting by their side, I bow my head. We shall remember them.

That may sound like a daunting and perhaps unrealistic title but bear with me, I’m about to explain.

This last year has been one huge roller coaster. There have been huge highs, but that’s only meant that there is further to fall. The first year at any university is tough, but a prestigious one is beyond that. I fought so hard throughout school to secure my place here, and there is an expectation that I shall now prove why they took me. The academic pressure to be brilliant is draining: however, it reminds me again and again why I took history. I adore it. Reading 10 books in a couple of days for a single essay is fine as long as you are happy to dive in and thrive on the eloquence and intelligence of the historians, who have worked just as hard as you, and are just as passionate. Some days it feels impossible, but on others I feel like I’m flying. There is nothing like mastering a tricky Latin sentence, or getting your head around a complex historiographical theory. Well, not for me anyway. You begin to realise that your tutors do not want to show you up, they want to see you grow and develop, change and prosper. So that was one lesson learnt: do what you love, and even the hardest work becomes manageable.

Work isn’t everything though, even at this university. Between the 8 hours of work and 8 hours of sleep, there are the wonderful 8 hours of socialising. Making new friends hasn’t been without its difficulties, but it has also been hugely rewarding. Finding new people who understand you, new people to have fun with, and growing together into your incarnation as a young adult, is unlike anything else. It’s not all about finding new people though: the old friends come into play as well. Some you will keep, and you know that they will be there for many years to come. You make an effort to stay in touch, and visit as often as possible, but it is the understanding that there will be some difficult weeks, where one of you is too busy, and that’s ok. There is also the sad reality that you will lose some. They may have an issue with something you’ve done, or you might simply not have the time to keep in touch. Sometimes there is even the full out argument, and why fix something if it insists on constantly breaking? Accept that people do sometimes drift apart, and replace it with a new one that works. Just learn to tell the difference: don’t risk losing something worthwhile. Most of all, remember that holding grudges hurts you far more than forgiving them. Learn to accept both the apologies you get and the ones you never will. Second lesson learnt: nurture some friendships, find new ones, but don’t hold on to something you have simply grown apart from.

Sometimes, you find something more than friendship. I began the year determined to avoid the desperate throes of Fresher’s Week, and instead managed to begin a relationship the following Thursday. We were teased plenty for being ridiculous, and chided for wasting the freedom of university. A year later, look who is laughing now. It may have been nigh impossible at points, and yes I do have to take another person into consideration all the time, but it has been the best year of my life, mainly because of him. He is sweet and kind, and for the amount of times we argue, we laugh 4 times as much. He is a rock when things are useless, and my proudest supporter when things are going well. Together we have learnt how a relationship should work, and even if we should go our separate ways one day, it will not be time wasted. We have discovered how to love and be loved, and that is one of the best lessons someone can teach you. Third lesson: ignore what anyone says, your love life is in your hands, and freedom is overrated.

The final lesson is the most important. You should only ever take note of what your nearest and dearest think, and respect their opinion, even if you don’t agree. However, what everyone else thinks is so very unimportant. There is no such thing as ‘cool’, and your worth is not your value in other people’s eyes. People will criticise you, talk you done and disagree behind your back, as well as to your face. Who cares? You’re obviously still important enough to talk about. Some people will never grow up; just accept it, and laugh it off. There are so many people who think they are better than me: more intelligent, prettier, more fun. They just don’t have the confidence to believe in themselves, without putting down other people. If you want to do something, do it (unless it’s morally wrong or will get you sent down). Lesson: the one opinion that you have to follow is your own, and only keep a few people on your advisory board.

These are the things that I have learnt and developed this year. The year before had been hard, with far more downs than ups. Growing into a more confident, happy and at peace person has been the best thing a year at university could teach me. Go forth and be happy; you can’t make the sun always shine, but you can ensure you have an umbrella.

It has been a while since I posted. To think the last post reflected leaving school, and now I’m in my second year at University. It has flown past and I have not had time. I would like to return to this blog, as both a photographer and writer. I hope old followers will stay with me, and I look to find many more.

Last week was my final week at Sixth Form with all my friends. I shall never go back there now, and the final week reminded me not only how wonderful all my friends are, but how incredible the place is. Our fancy dress was taken to a new level and we had so much fun. It left me thinking about how I am beginning to get closer and closer to having to be an adult, and the song ‘Young and Beautiful’ by Lana Del Ray seemed to fit well (if a little ironically with this photo).

I haven’t posted on this blog in ages! Its ridiculous, but take it as a good thing. My life is busy and full and fantastic, and whilst it saddens me that I don’t have the time to post on here, I am comforted to think that I am spending that time being happy.

Solitary is an interesting theme for a photo challenge. it something many people feel they are, and many are proud to be. I am in awe of people who find themselves good enough company to be alone for any period of time, since I have to be around people 24/7. I struggle with solitude, and I am aware how badly this reflects on my self-confidence.

I took this photo of a gull in Venice. he was sitting on this post, looking out onto the busy waters. Calm and content with his own company among the throng of people, reminding me that even when you are surrounded by lots of people, even then, you can still feel very much alone.

Give the challenge a go at http://dailypost.wordpress.com/2012/09/21/weekly-photo-challenge-solitary/ 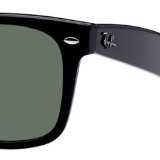 © Rachael Griffith and thegirlinthesunglasses, 2012. Unauthorized use and/or duplication of this material without express and written permission from this blog’s author and/or owner is strictly prohibited. Excerpts and links may be used, provided that full and clear credit is given to Rachael Griffith and thegirlinthesunglasses with appropriate and specific direction to the original content.